Please let us know if you’d like a print of this work. You will be contacted as soon as they are made available.

Here seen as perhaps only one could see her and live, at rest, with her deadly eyes heavy with sleep.

There are several myths about her origins, but the one I choose to use is that in Ovid’s Metamorphoses, where Medusa was once a beautiful maiden. Raped one day in a temple to Athena by the sea god Poseidon, she is punished by Athena who transformed her hair into serpents, and played a not-small part in her eventual death.

After having read copious accounts it just sticks that Greek gods were not known for fair play, and Medusa in my mind has always been linked with victim-blaming or slut-shaming (darn, do I wish that word had been around when I was younger) – all the worse when it comes from women, I feel.

She must have been a lonely creature, Medusa, and here is pictured perhaps with a couple of attempts to befriend animals before she realised the extent of her terrible powers. The snake oil I think speaks for itself.

She is a powerful archetype in both modern and early psychology and is seen variously as a symbol of feminine rage (these days), and previously, castration (by Freud – who else?)

When slain by Perseus, using a mirror given to him by Athena to deflect her gaze, two powerful beings sprung from her body. pregnant still by Poseidon: Pegasus, the winged horse, and a giant called Chrysaor.

Usually Medusa is just seen as a character in a larger story. But there is a lot more to the myth than most realise and the various accounts make for absorbing reading. 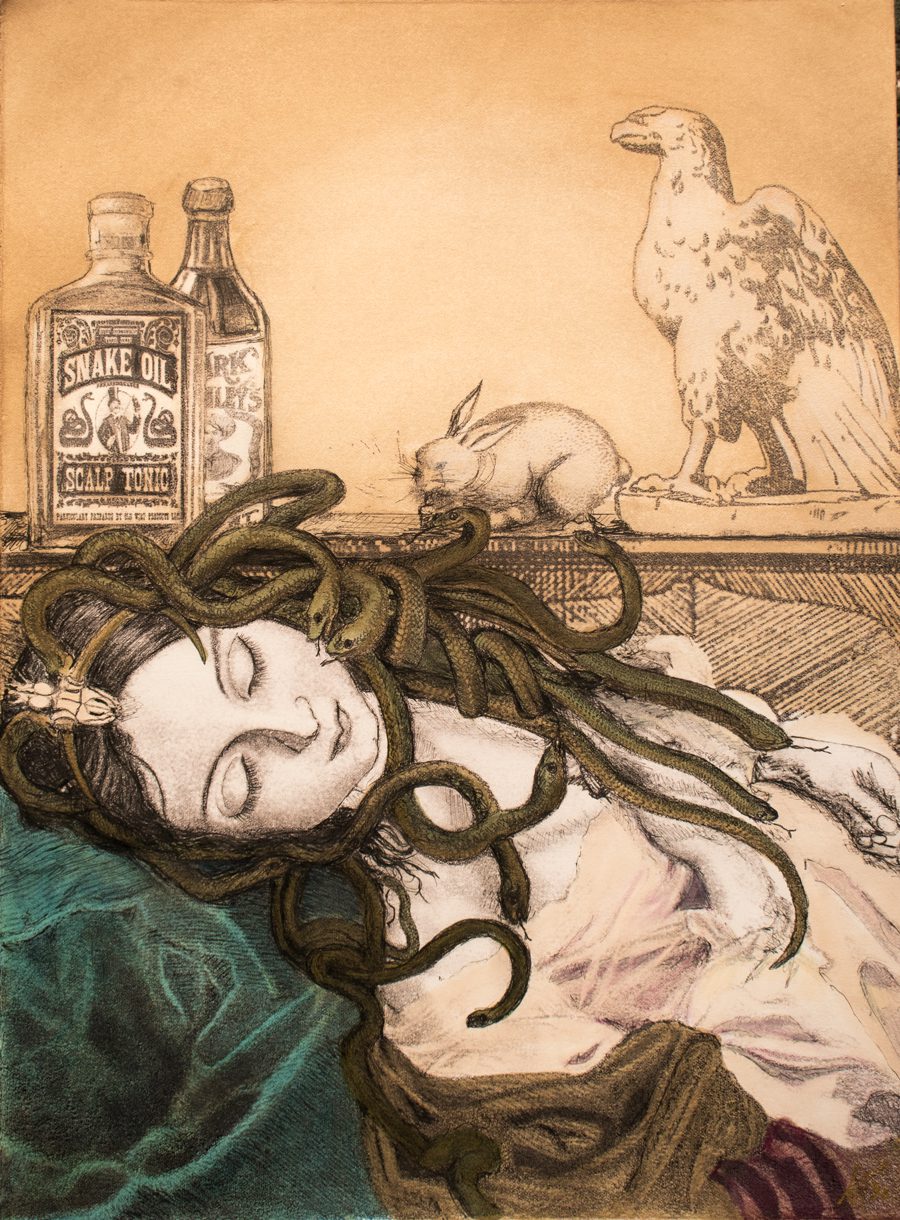 Medusa
How We Roll